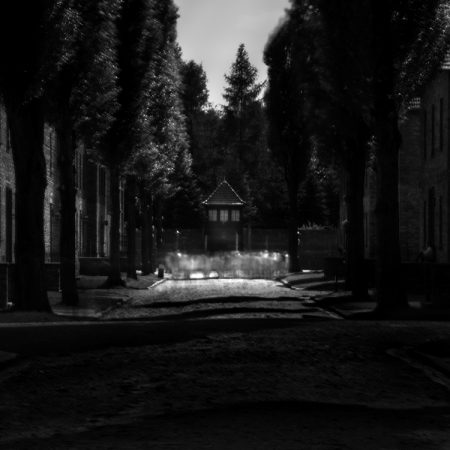 Criticism can be devastating,
but praise can be even more dangerous
In May of 2008 I created The Ghosts of Auschwitz-Birkenau which was widely published and exhibited. In addition to the public success, I consider the work a personal success because I love and am proud of the images.
And with the success came congratulations, praise and then the advice….
The overwhelming consensus was that I needed to strike while the iron was hot and take advantage of the publicity the project was receiving. I was encouraged to create additional ” The Ghosts of… ” projects and ride the wave of success.
It was suggested:
My initial reaction? No way! I was inspired to create the Auschwitz series and unless I was inspired to do another location, I’m not interested.
But the praise and encouragement just kept coming in: fantastic!…brilliant!…do another Ghost series… ride the wave…take advantage…you have a winning formula…this could be your ticket to the big time!
Slowly I was seduced and finally I agreed. I chose as my next Ghost project: The Ghosts of Great Britain . It was to be shot at the castles of England.
So off I went with my family in tow. My young daughter was to be my ghost and she brought her ghost costume: a white sheet with eye holes cut out. We went from castle to castle with her wearing the sheet as she spun or walked slowly for 30 second exposures. 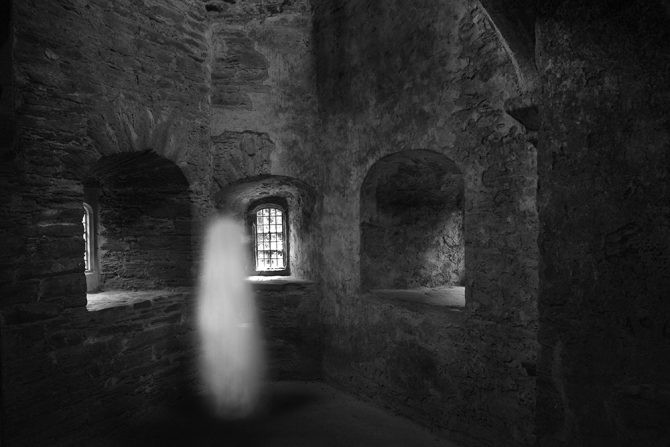 It was a fun trip and we had some laughs as other tourists looked on, wondering what we were doing. 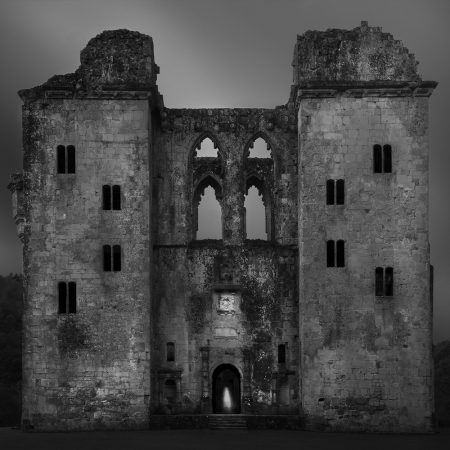 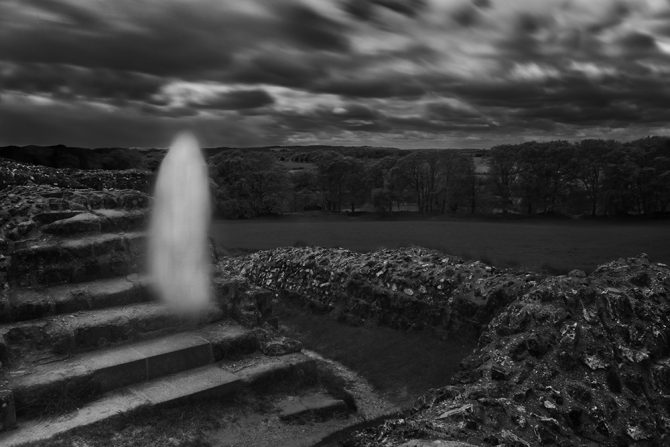 It was an expensive failure, but it provided two invaluable lessons:
First, trust your instincts. Other’s advice may be sincere and right for them, but it may not be right for you. In this instance my definition of success was quite different than how the advice-givers defined success.
Second, I was reminded of the powerful influence praise has. I was too easily seduced and set aside my standards.
Not cool.
This experience reinforced my belief that criticism can be devastating, but praise can be even more dangerous.
Georgia O’Keeffe addressed this:
“I decided to accept as true my own thinking.
I had already settled it for myself, so flattery and
criticism go down the same drain, and I am quite free.” 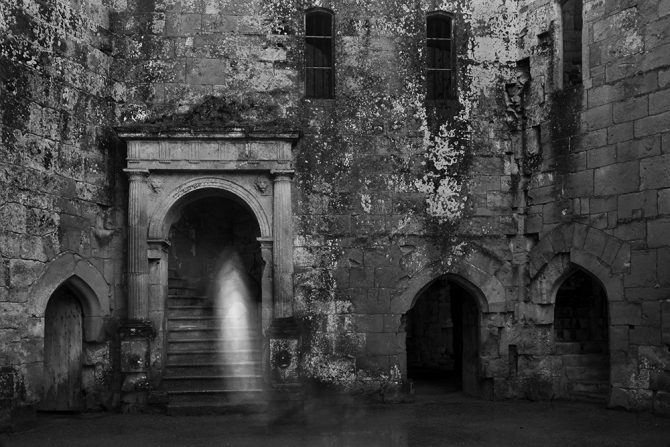 My goal is to be be free from the opinions of others, for good or for ill. But the truth is that praise is a seductive siren that beckons, influences and sometimes changes my actions and opinions.
Even today as I show these images, I worry that if I were to start receiving positive comments about them I would be persuaded to change my opinion of them.
If others love them…maybe they’re not so bad?
Maybe I was wrong, maybe these are good images?
Maybe that “Ghosts of…” idea wasn’t so bad?
And while I’d like to think I wouldn’t let that happen, this is exactly what did happen a few years ago with another one of my images: I traded my values for popularity.
But that’s a story for a future newsletter.

7 thoughts on “My Biggest Failure…”